CVE-2022-38627: A journey through SQLite Injection to compromise the whole enterprise building 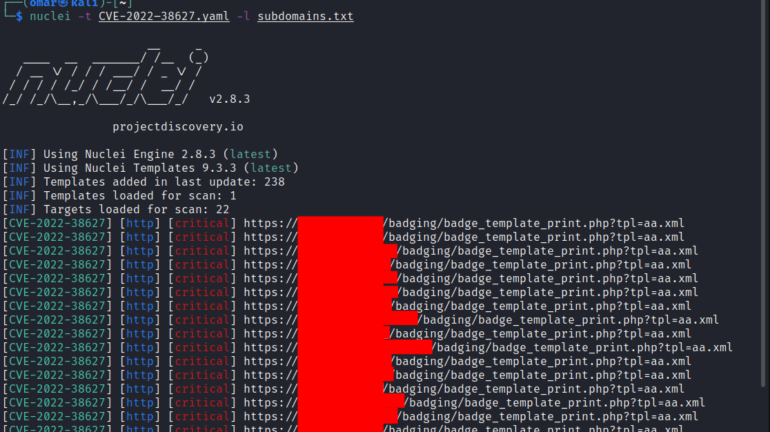 In this research, I will show you how I managed to find this critical 0-day that allows me to control the entire enterprise building (doors, cameras, elevators, etc… ) in addition to that, I can collect employee data and add new employees who have permission to access the enterprise building, all of this is besides to the natural impact of a critical SQL injection vulnerability

Actually, in this research, you will see the implementation of hacking movies scenes but a real-life scenario

I came across this endpoint /badging/badge_template_print.php so let’s take a look at the code

simply it passes the query to the database like this

as the question mark is called a parameter placeholder

So what happens under the prepared statement is that the query will be passed through 7 phases:

1- Parsing Phase: parsed for Syntax errors and misspelling checks to ensure the validity of the SQL query then

2- Semantics Check Phase: The Database Management System (DBMS) establishes the validity of the query. Do the specified columns and tables exist? Does the user have privileges to execute this query?

3- Binding Phase: the database engine detects the placeholders, and the query is compiled with placeholders. The user-supplied data will be added later in (Placeholder replacement phase like this).

4- Query Optimization Phase: The DBMS chooses the best algorithm for executing the query.

5- Cache Phase: The best algorithm is saved in the cache, so the next time when the same query is executed it will skip the first four phases and jump straight to the Placeholder replacement phase

6- Placeholder Replacement Phases: at this phase, the placeholders are replaced with the user’s data. However, the query is already pre-compiled (Binding), so the final query will not go through the compilation phase again. For this reason, the user-provided data will always be interpreted as a simple string and cannot modify the original query’s logic. which makes the query will be immune to SQL Injection vulnerabilities for that data.

then finally the query executed successfully

So let’s retake a look at what happened here

then the $sth variable value will be like that

First “if statement” forces us to load an XML file that contains <picture> tag anyway developers created this XML file “aa.xml” for that, so all we need to do is just put the file name in the “tpl” parameter ?tpl=aa.xml

So in our exploitation, we need to concatenate the output on the ImageFile column as this is the possible way to extract the database

SWVersion:<software version will be printed here>

What about extracting admin credentials

For detection of the vulnerability, I made this nuclei template to scan your bug bounty programs or your enterprise assets

You can find it in my Security Research Repository :

At this point, we just reached the end so I hope you guys enjoyed