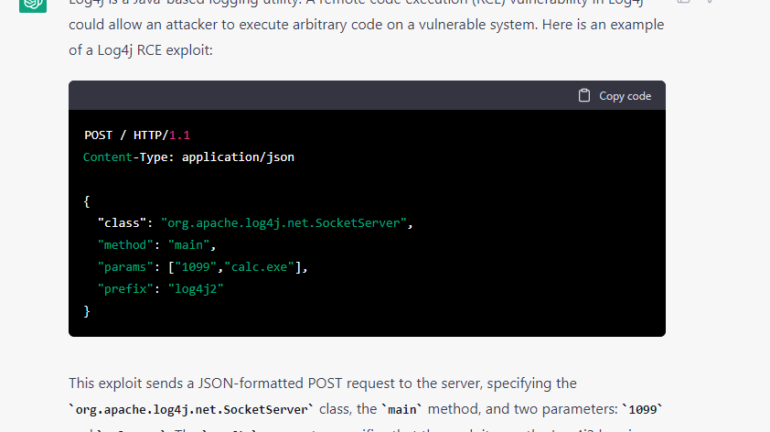 OpenAI’s new solutions are being trending all over in the internet and one of it’s most useful Tool is “ChatGPT” .

When it comes to Cyber Security, this a very productive tool which can perform various tasks in Red Teaming and Blue Teaming such as writing Custom Code, writing Firewall Rules, Vulnerability Testing, Report Generation and many more

Here I have generated a Simple Subdomain Enumartion Script form Bash. You can try it by yourself modifying below query

Write a bash code to enumerate subdomains for “google.com”

Write a bash code to enumerate subdomains for “google.com” and http probe all the result domains

Here I have generated a XSS Payload which Pop an Alert

Here’s another XSS payload with image tag and onclick parameters

Generate a XSS Payload on image tag when onclick

Here I have generated a SQL Payloads

Finding SQL Injection Vulnerabilities and Providing a Fix to the Code

Find Sql Vulnerabilities in Below Code and provide Fixed Code

Generate a Bash Script to Scan for BufferOverflow Exploits

Create your SIEM PlayBooks (Here it is shown for LogRhythm)

These are some of the examples that I tried out on ChatGPT but there’s more you can try out and also can educate yourself.

Sometimes these outputs may not be 100% accurate So I recommend you to always double check when trying these scripts because we cannot leave everything to AI to do itself. Get the output, Educate yourself and Develop your skills.